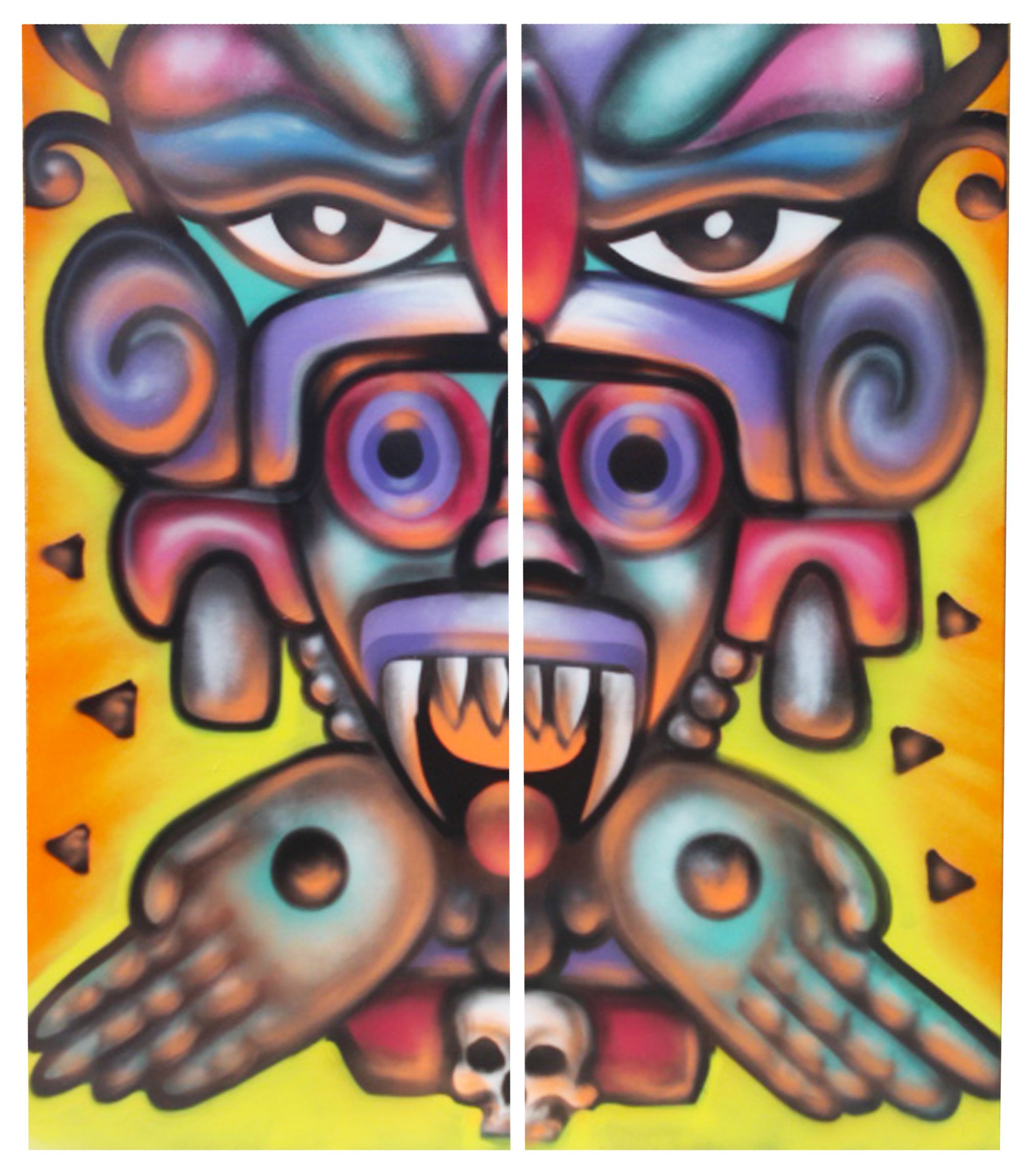 The cult of Tlaloc is one of the oldest and most universal in ancient Mexico. Although the name Tlaloc is specifically Aztec, worship of a storm god like Tlaloc, almost always associated with mountaintop shrines and with life-giving rain, is as at least as old as Teotihuacan and likely was adopted from the Maya god Chaac or vice versa, and/or ultimately perhaps from an earlier Olmec precursor. An underground Tlaloc shrine has been found at Teotihuacan.

In Aztec cosmology, the four corners of the universe are marked by “the four Tlalocs” (Classical Nahuatl: Tlālōquê which both hold up the sky and function as the frame for the passing of time. Tlaloc was the patron of Calendarthe day Mazātl. In Aztec mythology, Tlaloc was the lord of the third sun which was destroyed by fire.

Additionally, Tlaloc is thought to be one of the patron deities of the trecena of 1 Quiahuitl (along with Chicomecoatl). Trecenas are the thirteen-day periods into which the 260-day calendar is divided. The first day of each trecena dictates the augury, or omen, and the patron deity or deities associated with the trecena.

In the Aztec capital Tenochtitlan, one of the two shrines on top of the Great Temple was dedicated to Tlaloc. The high priest who was in charge of the Tlaloc shrine was called “Quetzalcoatl Tlaloc Tlamacazqui.” It was the northernmost side of this temple that was dedicated to Tlaloc, the god of rain and agricultural fertility. In this area, a bowl was kept in which sacrificial hearts placed on certain occasions, as offerings to the rain gods.Although Templo Mayor had its northern section dedicated to Tlaloc, the most important site of worship of the rain god was on the peak of Mount Tlaloc, a 4100-meter-high mountain on the eastern rim of the Valley of Mexico. Here the Aztec ruler came and conducted important ceremonies once a year, and throughout the year pilgrims offered precious stones and figures at the shrine. Many of the offerings found here also related to water and the sea.