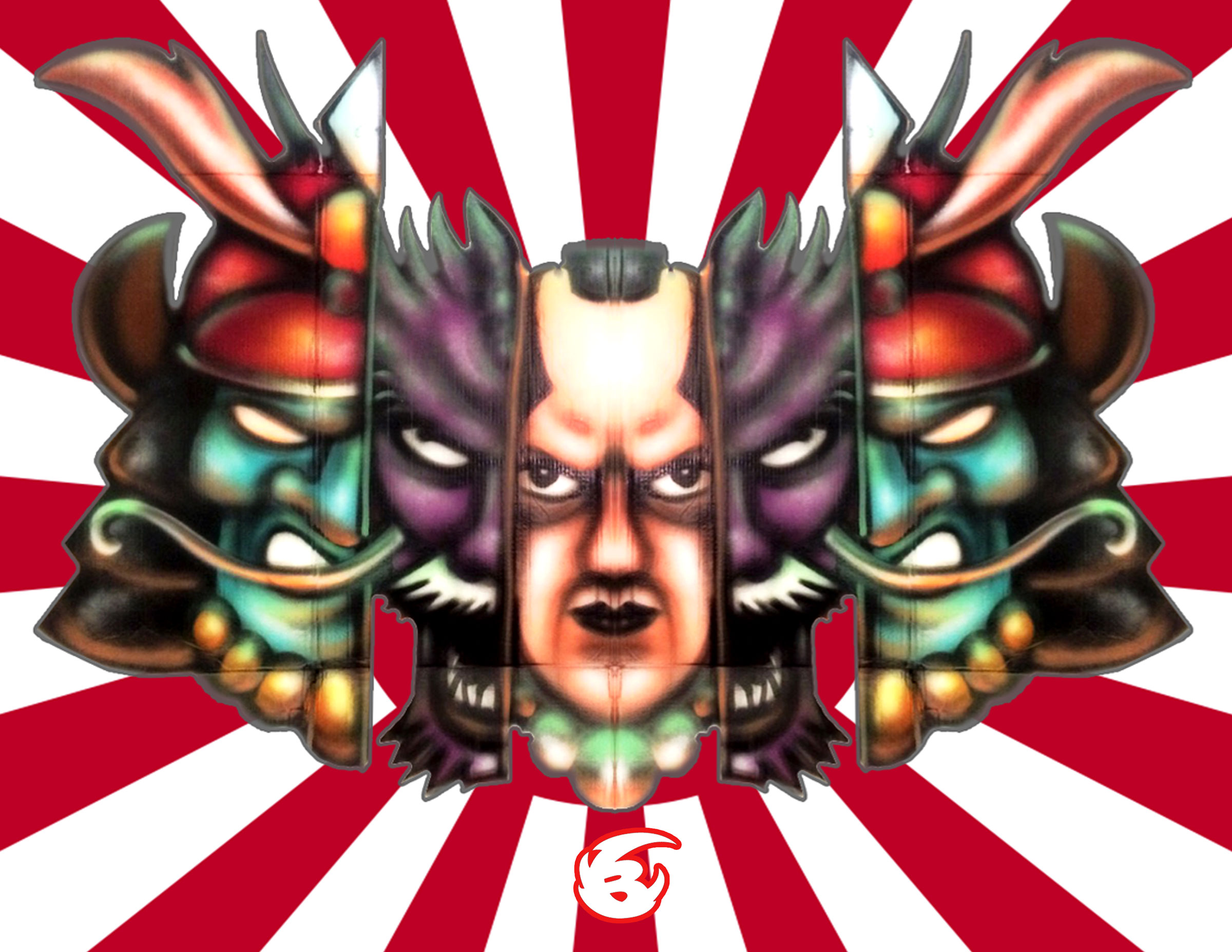 were the military nobility of medieval and early-modern Japan.

In Japanese, they are usually referred to as bushi (武士, [bu.ɕi]) or buke (武家). According to translator William Scott Wilson: “In Chinese, the character 侍 was originally a verb meaning to wait upon or accompany persons in the upper ranks of society, and this is also true of the original term in Japanese, saburau. In both countries the terms were nominalized to mean “those who serve in close attendance to the nobility”, the pronunciation in Japanese changing to saburai. According to Wilson, an early reference to the word “samurai” appears in the Kokin Wakashū (905–914), the first imperial anthology of poems, completed in the first part of the 10th century.

By the end of the 12th century, samurai became almost entirely synonymous with bushi, and the word was closely associated with the middle and upper echelons of the warrior class. The samurai followed a set of rules that came to be known as bushidō. While the samurai numbered less than 10% of Japan’s population,their teachings can still be found today in both everyday life and in modern Japanese martial arts.

here are two basic types of Japanese dragons. One is found in the sky or clouds. The other is found in bodies of water or rain. Dragons are believed to control rain, fire and the earth.

It’s believed that the dragon originated in Japan with only three toes and as it migrated North, it gained another toe. It finally traveled far north where it received its fifth and final additional toe or claw.

In the Japanese language there are quite a few words for dragons. Two of the most popular words are ryu and tatsu, the latter is taken from an old Japanese dialect which translates in English to mean “sign of the dragon”. Kanji is modern Japanese for dragon.

The most familiar type of Japanese dragon is the Tatsu or Ryu, which is a descendant of a primitive three-toed variety of Chinese dragon. Japanese dragons are traditionally associated more with the sea than rain. This is because Japan is less vulnerable to drought-related disasters as compared to China. Therefore they didn’t feel the same need to pray to rain-releasing dragons.

The Ryu originated from Buddhist religion and is one of the four divine beasts from Japanese mythology (the other three being the phoenix, turtle and kirin. Kirin is the Japanese unicorn). It is frequently the emblem of the Emperor or the hero.

The Ryu rules water. There is a story of how Ryu (or Ryu-jin, the most well-known dragon in Japanese legend) summons a storm by howls, and then transforms into a tornado. The tornado is called “Tatsu-maki” in Japanese. Tatsu is the kanji (Japanese calligraphy) meaning “dragon”. Maki means “roll”